Teens and online gaming can cost you a fortune! 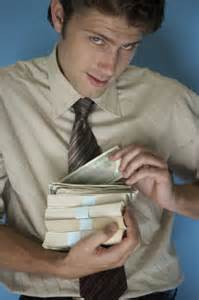 If you play games on your phone, tablet or computer than you are aware of just how commercial this endeavor has become. Remember the good ole’ days when a Nintendo connected to your TV set was all you needed for hours of fun? Well, things have changed a lot and today online gaming is all the rave. Today there are countless ways to spend your hard earned money when using the internet to compete with other cyber-gamers. You can buy extra “items” online to help you defeat your “enemy”, purchase cheat codes to become immortal and more. The question is, however, is it always clear when you are being charged real money to finally beat that dastardly dragon?

Lance Perkins doesn’t think so. Last December when he received his credit card bill he was shocked to see more than $7,600 dollars in charges attributed to a FIFA game that his 17 year old son had been playing on his Xbox.  He had made the card available to his son for emergencies and his son thought that he was making a one-time payment during game play but that was not the case. “He's just as sick as I am, [because] he never believed he was being charged for every transaction, or every time he went onto the game" stated Mr. Perkins.

Whether that is the case or not, I find it astonishing that anyone could spend so much money in less than a months’ time simply playing an online game. While it’s probably safe to say that most of us probably do not provide our teenager(s) with a credit card there are many people that do and this should serve as a warning to parents. Of course, many adults also enjoy online competition with others and I wonder if they understand just how much money one can spend if not careful?

http://www.sellcvilleandrvahomes.com/
Posted by Unknown at 11:17 AM