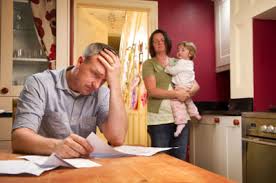 One of the worst things that can happen to a homeowner is losing their home. While no one ever intends to end up in foreclosure unexpected circumstances can happen to anyone and sometimes having their home foreclosed upon cannot be avoided. The state of Oregon has discovered a very creative way to help some its citizens avoid this tragic occurrence.

Back in 2010 Oregon was granted $220 million from the treasury Department as part of a federal program that was developed to assist states with high unemployment and/or steep declines in home value. The state decided to use a portion of this money to set up a loan refinancing program for homeowners that were underwater on their mortgages (owed more than their home was worth).

The idea was ingenious and proved to be a great success for all involved. Simply put, the state would buy the home as a short sale and then sell it back to the original owner(s) at the new lower price. The state included a small fee as part of the new mortgage payment to recoup expenses so that in the end tax dollars were not being spent to bail out the troubled homeowners.  It is basically a win/win situation for all involved except for the lenders that are taking a loss by accepting less than the original loan amount.

That being said, I think that Oregon has shown great initiative and imagination in developing such a unique approach to help distressed homeowners stay in their homes. Better still is the fact that the original $12 million that was allocated to start the program is still in existence because the public finds are replaced after each use. I feel that other states should consider implementing a similar approach to assist trouble homeowners. What better use of tax dollars is there than providing help to those that need it most?

http://www.sellcvilleandrvahomes.com/
Posted by Unknown at 11:43 AM