A man with more than 1,400 credit cards? Impossible you say? Read this! 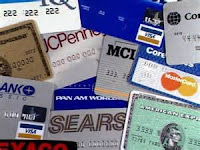 Many of us have learned the perils of owning too many credit cards. The temptation to simply “charge it” when we want something and don’t want to wait to get it is simply too great for many. It’s an easy trap to fall into and millions of Americans struggle with this type of debt every day.

But does that mean that owning credit cards is a bad thing? Actually, not at all. Having credit at your disposal when you really need it can be a godsend and properly managed credit is very useful. Without it most of us could never afford to buy a home, car or other expensive item. Having a credit card for emergencies is something that everyone should consider but how much is too much?

There is a man that lives in Santa Clara, California that believes there is no such thing as too many credit cards. In fact, he holds the Guinness Book of World Records title of "Mr. Plastic Fantastic” and owns no less than 1,497 credit cards! In all, Mr. Cavanagh has $1.7 million in available credit just waiting to be used. He is a very interesting person and also owns the world’s longest wallet! It is 250 feet long and weighs 38 pounds but can only hold 800 of his credit cards.

That’s not a problem however as Mr. Cavanagh uses only one of his credit cards and the rest are kept safely locked away in a safety deposit box (so why the wallet?). Apparently his huge collection of credit cards began as a silly bet with a friend. Whoever could collect the most credit cards by the end of the year was entitled to a free dinner paid for by the loser. The score in the end was 143 – 138, Mr. Cavanagh won.

Today he continues to amass more and more credit simply to keep the world record that he has held since 1971. It’s interesting to note that contrary to what you might think a full 29% of Americans actually have no credit cards what-so-ever. About one third of us have 1 or 2 and only about 7% of Americans have seven or more credit cards at their discretion.