The “Next Generation” in Computers is Finally on the Way! 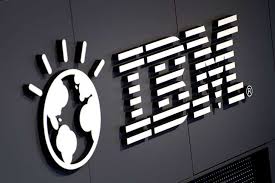 We keep reading about the newest and fastest chips for computers but nothing ever really seems to change much from an end user’s point of view. It’s been a long time since we’ve seen a truly big “leap” in computer technology but that is all about to change. Recently IBM has announced the creation of a new chip that has four times the capacity of anything on the market today and that could make a huge difference in what we will be able to do with the next generation of computers.

IBM VP Mukesh Khare describes the chips as being able to "produce the next generations of servers and storage systems for cloud computing, big data analytics, and cognitive computing," but eventually such advancements will make their way into all of our electronics including tablets, phones, TV’s and more.

So how did IBM develop such an amazing chip? Well, the secret is actually in the material being used. Up until now computer chips have been produced using pure silicon but these next generation chips use a combination of silicon-germanium which according to the manufacturer allows transistors to function with less power and to sit more deeply on the board allowing a higher density of chips to fit into a small space. In this case about 20,000 chips can be fitted onto a chip the size of a fingernail and that is a lot of computing power.

Unfortunately, it will be several years before we can begin to buy products made with these advanced chips but it is anticipated that even well known competitors such as Intel will need to make some huge advancements as well if they hope to compete with IBM in the near future. There is of course one big question to be answered; how much will these new “miracle chips” cost the consumer? As of yet I haven’t seen this discussed but hopefully we won’t experience a huge increase in price as compared to the average cost of electronics today.

http://www.sellcvilleandrvahomes.com/
Posted by Unknown at 11:48 AM