Hispanics & Housing: Demand Over The Next Decade 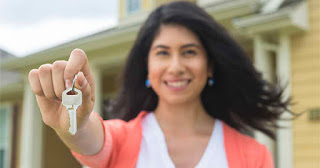 The Mortgage Bankers’ Association (MBA) recently released a report: ‘Housing Demand: Demographics And The Numbers Behind The Coming Multi-Million Increase In Households’. In this study, the MBA “utilized a comprehensive analysis of data from 1976 to 2014, a period encompassing several market and housing cycles, to provide a projection of much stronger housing demand over the next decade.”

According to the report:
“by 2024, demographic and economic changes will bring what could be one of the largest expansions in the history of the U.S housing market with 13.9 million additional households.” But, what did they say about the Impact of the Hispanic community?

The Impact of Demographics on Housing Demand
Over the next decade, Hispanic household growth will increase by 5.7 million households.
New "minority-owned" households will be more than one-third higher than the number of new "non-Hispanic/White" households.
The homeownership rate among Hispanics ages 40 and over is greater than the current average rate of 46% for all Americans.
Millennials will be a key component of growth raising the ranks of households age 18 to 44 by 4.1 million. (21% of Millennials in the U.S. are Hispanic.)

Bottom Line
The Hispanic community will be a major driver of housing over the next decade.

http://www.sellcvilleandrvahomes.com/
Posted by Unknown at 7:33 AM