Do you believe in UFO's? 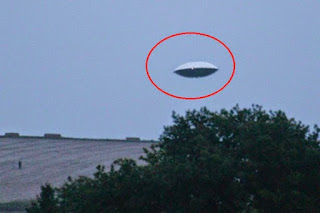 This is a topic that has been debated for many years and there seem to be as many explanations as there are unexplained sightings.

Some people believe that UFO’s are exactly what they appear to be, spacecraft from another planet being piloted by an alien race. Others believe that they are secret military aircraft with potential far beyond that which the average person is aware of. Still others say that it is all a trick of the devil himself and that these unidentified craft are nothing less than fallen angels trying to trick us.

It’s easy to say that there is no such thing as UFO’s but there have been so many reported sightings over the years that it’s hard to ignore them all. With the advent of digital cameras and now the integration of cell phones with video capability there seems to be more evidence than ever that something is going on.

The UFO phenomenon is nothing new. It all began way back in 1947 in Roswell, New Mexico. I imagine you’ve heard that story a thousand times by now but do you remember the Travis Walton abduction case that allegedly occurred on November 5th, 1975? Supposedly Mr. Walton was taken into a spacecraft by a mysterious beam of light and was not seen for 5 days. That’s an easy enough story to laugh at except for the fact that 5 of his buddies witnessed the event. More importantly 4 of them passed a lie detector test given to them by law enforcement that backed up their story. How is that to be explained?

I have always had one singular thought regarding the visitation of aliens from other galaxies; how do they travel such a great distance? If the great Mr. Einstein was correct in stating that nothing can go faster than the speed of light than for all intensive purposes deep space travel would be impossible. But then there is the theory of developing some type of warp engine (like Star Trek!) that in essence would bend space and bring your destination to you instead of you travelling to it. Physicists say that theoretically this is completely possible.

So what is the truth? Are we being visited by alien creatures? Is this entire mystery nothing more than advanced military spacecraft or is it all nothing more than some type of evil deception? For now there seems to be more questions than answers and I wonder if we will ever learn the truth.

http://www.sellcvilleandrvahomes.com/
Posted by Unknown at 12:39 PM