Something is terribly wrong in the wrestling industry 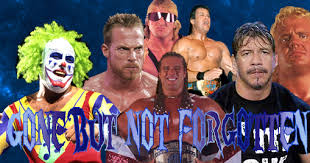 Whether you are or are not a fan of professional wrestling you must have noticed a terrible trend by now; pro wrestlers are dying much too young. The recent death of “Rowdy” Roddy Piper has again brought this issue to the forefront.

Did you know that since 1985 more than 60 pro-wrestlers died that were only in their 20s, 30s and 40s? Various health issues had contributed to their deaths but heart attack was not uncommon. Many people feel that the problem lies in the abuse of painkillers that have become as much a part of the industry as a full nelson but is this really the case?

Other sports often require the use of prescription painkillers by athletes (such as professional football) but the death rate of young players in those sports doesn’t even compare to that of pro wrestling. Perhaps part of the problem is that wrestling does not have an “off season”. In other sports players can use their down time to heal injuries but in wrestling this is not the case. Professional wrestlers need to perform constantly to protect their income and the use of painkillers is often a necessity.

Steroids have also been considered as a possible cause of so many young deaths. It’s no secret that the use of steroids can have negative results on the heart and I can think of no other sport where steroids are more widely used. Regardless of what the reasons are for so many wrestlers dying at a very early age it seems to me that something needs to change.

Is the answer more “policing” of the wrestling industry? Should there be an off season for wrestlers the same as in other sports? Should the governing agencies require stiffer drug testing from participants? I’m not sure what the solution is but something must be done to reverse this trend. Pro wrestlers are human beings not superheroes and their bodies are subject to the same limitations as everyone else’s.

http://www.sellcvilleandrvahomes.com/
Posted by Unknown at 12:10 PM