Who is the best comedian EVER? 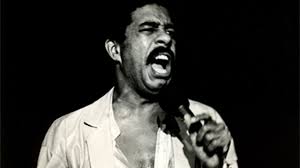 I don’t know anyone that doesn’t enjoy a good laugh from time to time. In fact, we could all probably use a bit more fun in our lives and watching a great comedian is one way to forget about everything for a while. I recently found an interesting article on the internet that named the top 10 comedians of all time. Actually I found a lot of articles like this and each one was different.

This started me thinking, “Who is the greatest comedian ever?” I have seen a lot of funny comedians over the years and the truth is I can’t decide which is the “best of the best” but I do have some personal favorites that I enjoy watching.  Below is one of the top ten lists that I found but there are many to choose from if you spend a few moments researching the idea.

Personally, I guess I’d have to say that my #1 favorite would have to be George Carlin but I was surprised that Jim Carry wasn’t on this list; he always makes me laugh to the point of bursting! George has always been touted as a “thinking man’s” comic while Jim is funny to everyone.

There are also some old time comics that we’ve forgotten about such as Bob Hope or Don Rickles. They were just as funny as anyone around today but were much “cleaner” in their approach. Do you remember Rich little and all of his incredible impersonations? He’s another all time favorite of the older crowd. Anyway, below is one of the many lists of all time greatest comedians that I found on the internet. Which is your favorite?

http://www.sellcvilleandrvahomes.com/
Posted by Unknown at 12:14 PM