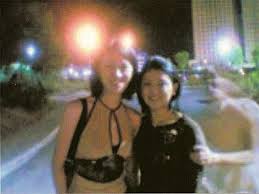 This is one topic that everyone has an opinion on. It seems that just about everybody has at least one ghost story that cannot be explained but do ghosts really exist? About 10 years ago Gallup did a study that asked how many Americans believed in ghosts and it showed that the overwhelming majority of us do believe that ghosts are real.

There is nothing new in this belief. It has been around since the beginning of recorded history including Shakespearean plays, ancient writings and even the Bible. If we take for granted that ghosts do actually exist, the next question would be “What are they?” Most people feel that a ghost is the earth bound soul of a person that has died and remains here for some unknown reason. Others feel that a ghost is a “trick” being perpetrated upon us by demons or fallen angels for some nefarious purpose.

As of now there has been no indisputable proof of ghosts but there are many pictures and videos that would seem to be unexplainable by any other means. The word “ghost” is mentioned in the King James Bible no less than 108 times but is never actually referred to as the living spirit of a dead person. It is either a reference to someone passing away such as “to give up the ghost” or part of the words the “Holy Ghost” but nowhere does it say in the Bible that ghosts actually exist.

The bottom line is that believing in ghosts or defining what they actually are, much like religion is a matter of one’s personal beliefs and past experiences. Do you have a true ghost story to share?

http://www.sellcvilleandrvahomes.com/
Posted by Unknown at 11:42 AM