Why can we not “unvote” for a president? 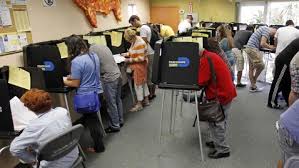 This is something that I have thought about for a long time. If Americans are able to vote for a president, why can we not use the same process to remove a president from office if we so decide? I’m not talking about any president in particular but how many times over the years have you seen polls indicating that the current president in office had a less than 50% approval rating? This has happened countless times before and yet we, the citizens were powerless to do anything about it.

Impeachment requires the president elect to commit a crime before he can be removed from office. This does nothing to help unhappy citizens that are stuck with little more than broken campaign promises. How many times have you seen that happen? The requirements for impeachment are as follows:

“The President, Vice President and all Civil Officers of the United States, shall be removed from Office on Impeachment for, and Conviction of, Treason, Bribery, or other high Crimes and Misdemeanors.”— U.S. Constitution, Article II, section 4

That’s great the next time one of our presidents decides to shoplift from Wal-Mart but it does not allow the common citizen to demand that our politicians (not only the president) keep their campaign promises or leave office. Can you even begin to imagine the changes that this type of policy would make in our government? It would truly return power to the people and allow us an actual say as to what policies our government decides to implement or discard.

Surely you must remember those famous words spoken by President Lincoln, “and that government of the people, by the people, for the people, shall not perish from the earth.” I believe that the right for Americans to “unvote” any elected official would be a ground breaking evolution in our system of democracy. It would cause politicians to be held accountable for what they do and that is something that should exist in any true democracy.