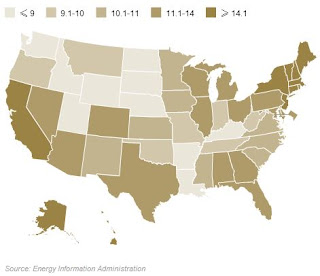 Did you ever wonder how your electric bill compares to people that live in other parts of the country? The average U.S. home uses 908 Kwh (kilowatt-hours) per month at a cost of 12 cents each, or, $108.96 but that can vary greatly depending upon your exact location and of course, your local climate.

Idaho is the least expensive state with a cost of about 8 cents per kWh while Hawaii is the most expensive at a whopping 33 cents per kWh. Compared to the monthly U.S. average of only $108 a month, the average Hawaiian resident would pay approximately $300 for the same amount of usage while residents of Idaho would be paying only $73. That equates to a difference of $2,724 a year between the 2 states.

Below is a chart of all 51 states and their average cost of electricity per kWh: 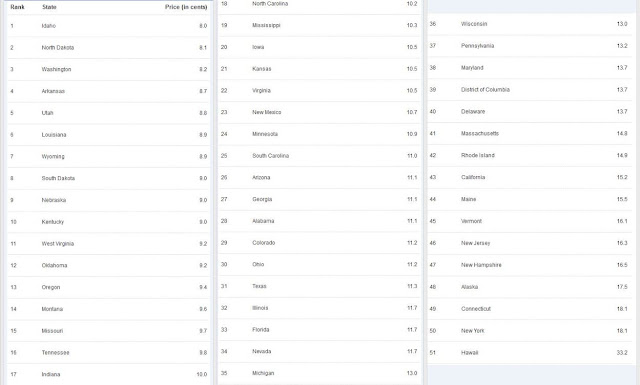