America’s internet leaves much to be desired 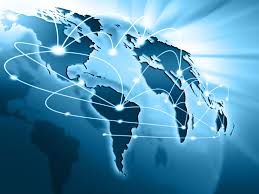 It’s hard to imagine any area of technology in which America is not the world leader, or at least at the top of the list. Over time we have become accustomed to being “Number 1” and it seems odd to think that this is not always the case. It might surprise you to know that even small countries such as Latvia or Singapore have faster internet connections than we do.

While the world average internet speed is only 3.9 MBPS the U.S. average is 11.5 MBPS but that is far short of Korea’s average speed of 25.3 or Hong Kong’s 16.3 MBPS connection speed.

Everything said and done I suppose that it could be much worse than it is. If you are old enough than you can remember the days when a dialup connection was the only way to connect to the world wide web and believe it or not, that was at a painstaking speed of only 56 KBPS. In comparison that was 205 times slower than today’s average of 11.5 MBPS. What takes you 5 minutes to download today took 17 hours at that time! Maybe we should keep this in mind the next time we complain about our “slow internet”.

Either way, I wouldn’t mind the 25 MBPS that Koreans enjoy provided it wasn’t at the Cuban price!

http://www.sellcvilleandrvahomes.com/
Posted by Unknown at 10:56 AM