Buying a Home is 35% Less Expensive than Renting 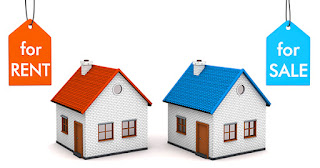 In the latest Rent vs. Buy Report from Trulia, they explained that home ownership remains cheaper than renting with a traditional 30-year fixed rate mortgage throughout the 100 largest metro areas in the United States.

The updated numbers actually show that the range is from an average of 16% in Honolulu (HI), all the way to 55% in Sarasota (FL), and 35% Nationwide!

The other interesting findings in the report include:
Interest rates have remained low and even though home prices have appreciated around the country (3.9%), they haven’t greatly outpaced rental appreciation (3.7%). “In the past year, these two trends have made homeownership even more affordable compared with renting.”

Some markets might tip in favor of renting if home prices increase at a greater rate than rents and if – as most economists expect – mortgage rates rise, due to the strengthening economy.

Nationally, rates would have to rise to 10.6% for renting to be cheaper than buying – and rates haven’t been that high since 1989.

Bottom Line
Buying a home makes sense socially and financially. Rents are predicted to increase substantially in the next year, so lock in your housing cost with a mortgage payment now

http://www.sellcvilleandrvahomes.com/
Posted by Unknown at 11:17 AM