Young People Moving Back Home is Becoming the Norm 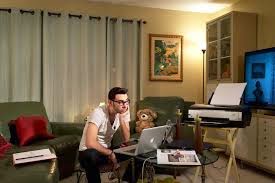 If there’s one thing that the real estate industry has in common with the government it’s the use of acronyms and cute “catch phrases”. We’re all too familiar with the term “when the housing bubble burst” but have you heard the latest one?  I just read about it today, it’s a group of persons we are now referring to as “Boomerang Millennials”. “What’s a boomerang millennial?” you may ask my inquisitive friend. Well, a millennial is a person born between 1980 and the year 2000 and the term boomerang refers to someone in this age group that has left their parents home at least once and returned to live there again.

According to a recent study conducted by The National Association of Home Builders (NAHB) more than half of this generation has done just that. Here’s another new idiom you can find in the report; “re-launch”. A re-launch is when a boomerang millennial decides it’s time to strike out on their own a second (or third) time. Not surprisingly Millennials with a bachelor’s degree or higher as well as those from higher income households are more likely to re-launch sooner. This is clearly due to the possibility of obtaining a higher paying job as well as possible support from the parents in times of financial difficulty.

What does seem odd to me is the fact that those possessing a bachelor’s degree or higher were more likely to return home than those with only a high school diploma (55.5% VS only 42.1%). It can also be stated that the parents in the top half of the income bracket experienced a higher occurrence of returning children as compared to those in the bottom 50% of earnings. The study also revealed that women are more likely to leave their parents home than men. 12% of men in this age group never left home while only 7.6% failed to venture outward. Women are also more likely to return again but also more likely to leave after a period of time.

So what in the world does all of this have to do with the real estate market? Well, it’s obvious that the majority of people in this age group are not actively hunting for their dream home at this time but they do represent a key demographic in the housing market at some time in the future. It’s a sure bet that as this generation eventually reenters the marketplace the industry will experience a surge in the demand for new housing as well as preexisting homes for sale. Keep in mind that there are millions of Boomerang Millennials that will be looking for a home of their own at some point and this will be a boon to the real estate market as well as the general economy. The only question is when?