How do you define a “good” place to live? 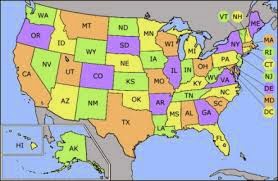 We’ve heard it said a thousand times that “this is a good place to live”. But what exactly does that mean? To parents a good place to live would certainly include good schools but what if you are retired, or perhaps don’t have children, or are single? There are some factors that everyone would agree constitute a good place to live such as low crime, home affordability and convenience but the perfect neighborhood is ultimately determined by the wants and needs of the individual home buyer.

Recently RealtyTrac rated 100’s of U.S. cities to determine which were considered the most desirable places to live. As compared to the national average, 55 cities ranked well and had less unemployment, less foreclosure and fewer sex offenders than the rest of the country. In addition the schools were also rated higher than in the rest of the country and crime rates were lower. These cities would seem to be a good choice for parents looking to buy a home in an area well suited to raising children. On the other hand there were 20 cities that showed the opposite results and would not seem to be very desirable places to live for anyone, even those of us without children.

Here are the top 10 best cities to live in according to RealtyTrac. In these areas the crime rate is less than 1/3 that of the national average while the school scores were almost double that of the national average. The unemployment rate was only about 4.6%, there is a reported sex offender population of 4 per 10,000 people and only 24 foreclosures for every 10,000 households.

In sharp comparison, these are the top 10 worst cities as rated by RealtyTrac. Here the crime rates are almost double that of the national average while the school scores were only half that of the national average. The unemployment rate is about 7.8%  and the reported sex offender population is 27 per 10,000 people and there are 128 foreclosures for every 10,000 households.

If you are considering a change or need to move to another city it would probably be best to do a little research beforehand. It’s best to know what to expect before making a final decision and as you can see, location remains an important factor when looking for a new home in any part of the country.