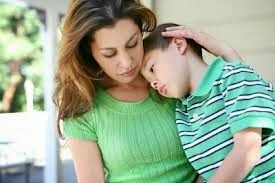 Many times a person that has lost their home during tough times due to a foreclosure or short sales dreams of some day getting their home back. If you are one of these people there is good news for you. Just this week the FHFA (Federal Housing Finance Agency) announced that you can buy back your home even if Fannie Mae or Freddie Mac suffered a loss due to the defaulted loan.

Currently there are approximately 121,000 homes in their inventory that have been repossessed as a result of the previous homeowner’s inability to make their payments. With the FHFA’s announcement this week these people now have the option to buy back their homes at the current fair market value. As you know, many persons simply walked away from their mortgages because they owed much more than the home was worth at that time.

As an example, let’s say that you owed $300,000 on your home but the value had declined significantly or you simply could no longer afford the payments. If the home is now valued at $200,000 you could purchase it back at the new price and there would be no taxes or penalties of any kind levied against you. This is a great second chance for many but it may not be quite as simple as it sounds.

Keep in mind that any original liens that were placed against the property before it was lost will still exist and will not go away. This could include an unpaid 2nd mortgage, mechanics lean or unpaid taxes. These debts will need to be settled one way or another or there’s going to be problems obtaining a “clear” title. This means problems obtaining a new loan to buy back the property.

The truth is that all parties involved will be concerned that someone is attempting to buy back a property for much less what was originally owed. This is a “red flag” in the world of real estate and could definitely complicate the process. At the very least the title company will want something in writing either from the new lender or any of the parties that have placed a previous lien on the property stating that they will not be held responsible for any of the liens present on the original title.

The problem presented in this situation is that there could be a question of fraud on the part of the homeowner. Did this person intentionally default on their previous mortgage in an attempt to buy back the property at a later date for less money? This has been done before. Keep in mind also that the title company is in the business of protecting its customers (the lenders) in these types of situations. This doesn’t mean that you cannot buy back your original property but previous liens can present a huge stumbling block.

If you are in this situation it would be a good idea to speak with an expert in these matters for assistance. You may well be told that you will need to obtain indemnifications from previously injured parties as well as title insurance and other items to proceed further. The truth is this might be good advice for anyone attempting to buy a property with a “questionable” past.