So, what’s the final verdict? Are cell phones dangerous or not! 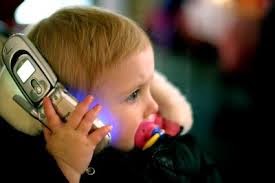 The debate as to whether cell phones are safe or not has been going on for a very long time. I have been hearing this argument ever since the technology first became popular. Even now one can search the internet and find countless articles outlining the many “dangers” associated with heavy cell phone usage. There are just as many articles explaining why cell phones are safe to use and completely harmless. It’s hard to know what to think about this very controversial topic.

Today there are more than 270 million cell phone users in the U.S. and the average person spends about 11 hours a month talking and much more time sending and receiving texts. The main concern is that these mobile devices emanate a form of electromagnetic radiation known as radio frequency (RF) energy.

A study performed in 1995 showed that rats exposed to this radiation were more likely to develop brain tumors than non-exposed rodents and thus the debate about safety began. It should also be noted that a 29 year long study which concluded just last December concluded that cell phones do not pose this same threat to humans. Yet, another study just months earlier stated that extended use of a cell phone for 10 years or more did in fact pose a safety concern for users. The battle wages on with no clear winner.

If you are concerned that cell phones may pose a health threat to you and your loved ones, there are some steps that you can take to limit your exposure to the RF radiation.

Headsets and speakerphones greatly reduce the amount of radiation that the user is exposed to. Although they also emit a certain amount of RF it is much less than you would receive holding the phone to your ear when talking. Only wear them when you are talking to further reduce exposure.

Only use your phone when you have a strong signal.  The weaker the signal the more radiation your phone actually emits due to the fact that it is trying to “make up” for poor signal strength.

Driving can increase the amount of radiation emitted by cell phones when switching between various cell towers. Each time this occurs there is higher RF traffic generated, thus, more radiation exposure.

Limit the time you actually use your phone if at all possible. This especially applies to children. Remember, they actually have a thinner skull than adults and may be more susceptible to the RF emanating from a cell phone.