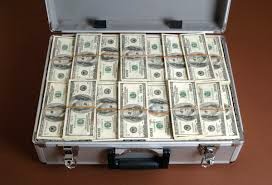 Did you know that the cost of housing in China is the highest in the world? This is one of the reasons that an ever increasing number of Chinese persons are considering purchasing a home in the U.S. In light of recent changes to visa regulations for visiting Chinese this trend is expected to increase.

Last week, during his visit to the APEC conference in Beijing, President Obama dramatically extended the time period that visas will be valid in the U.S. for Chinese nationals. Student and exchange visas have been extended from 1 year to 5 and short term business as well as tourist visas will now be honored for a full 10 years instead of the previous 1 year period. This is a major change in policy and is expected to dramatically affect the number of Chinese persons interested in buying a home in America.

Currently many students from China attend various universities in the U.S. and with the new visa agreement it is expected that these numbers will increase including more secondary and primary students as well. As a result many parents will want to purchase a home for their children to live in versus living in a dormitory or renting off campus. According to Simon Henry, CEO of Juwai (a company that deals with Chinese clients interested in purchasing real estate in the U.S.), this is the 2nd most common reason for home purchases made by Chinese buyers. He also stated that most of his clients are interested in student visas versus business or tourist visas.

The NAR (National Association of Realtors) states that Chinese buyers spend more money on real estate purchases in the U.S. than any other foreign buyers. With more lax visa requirements in effect, there is no reason to expect this to change. Is foreign investment in American real estate a good thing? This is a debate that has been going on for many years but for now it is definitely on the rise.

http://www.sellcvilleandrvahomes.com/
Posted by Unknown at 11:04 AM