For some people the American Dream remains out of reach 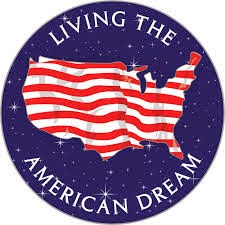 Although the housing market is improving daily there are still some areas of the country that simply haven’t recovered since the beginning of the Great Recession 7 years ago. This year the average rate for a standard 30 year fixed mortgage is only 4.34% as compared to the 6.58% average back in 2007. Unfortunately many homeowners have not been able to take advantage of this situation as a result of bad credit, unemployment, excess debt or an underwater property.

If we consider the states with the most underwater mortgages and highest rates of foreclosures and short sales we can determine exactly which areas of the country are still having trouble recovering from the Great Recession. For the purposes of this study, “seriously underwater” is defined as any property in which the amount owed is at least 25% more than the value of the property. The following statistics have been accumulated from data provided by both RealtyTrac and Equifax.

You will note that almost 1/3 of homes in the states of Florida, Nevada and Illinois are considered to be seriously underwater and that Florida also has the highest percentage of short sales and foreclosures. It’s hard to imagine that so many people are in the process of buying a home that is worth so much less than what they owe but it is a stark reality in these 3 states.

http://www.sellcvilleandrvahomes.com/
Posted by Unknown at 12:11 PM