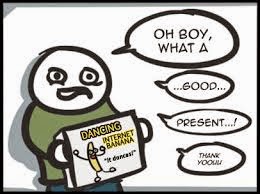 Have you ever wished that you could tell when someone was lying to you? According to Dr, Lillian Glass it is possible but you must first be familiar with that person’s normal behavior patterns before you will be able to discern when they are not being honest. She should know, she is a behavioral analyst and body language expert that has worked with the FBI on several occasions. She is also a former agent. Here are some of the trade secrets used by law enforcement and others worldwide that you can use to determine if the person you are speaking with is being less than honest.

Quick Head Movement
Often when a person is mentally preparing to answer a question with a lie they will unconsciously change the position of their head. "The head will be retracted or jerked back, bowed down, or cocked or tilted to the side," says Dr. Glass.

Lack of Movement
Usually we consider someone being “fidgety” as a sign of deception. While this is often true, a marked lack of movement can also be an indication that someone is being deceptive. It is normal for most people to make unconscious gestures during normal conversation. A person that is “stiff” or rigid in their composure may well be in the midst of telling a “whopper”!

Too Many Words
Many times a liar will attempt to convince others of their honesty by talking excessively. Remember the famous quote “thou doth protest too much” from Shakespeare’s Hamlet in 1602? Well, the actual quote is “The lady doth protest too much, methinks” but the point here is that too much talk is often a sign of dishonesty. Repetition of words can also be a dead giveaway.

Too Few Words!
Difficulty in speaking can also be a sign that you are being deceived. When a person is under stress part of the body’s natural reaction is to produce less salivary flow, in other words, “dry mouth”. It’s hard to talk naturally with a mouth full of sand and this is a good sign that the person you are speaking with is becoming uncomfortable and may be lying.

Changes in Breathing
Most people will breathe more heavily when they are lying. Although more accomplished liars may be able to avoid this automatic response, most people cannot. Shallow breathing as well as a tendency to raise the shoulders may accompany the change in breathing.

Shuffling Feet
According to Dr. Glass a person that is uncomfortable will feel the internal urge to leave the situation behind. This often results in a subconscious reflex action of shuffling their feet. It is an indication that would rather walk away than talk.

Not Enough Blinking / Too Much Blinking
It has been said that the eyes are the mirror to the soul. A nervous person might blink their eyes more rapidly than normal. It’s also possible that in an attempt to hide their deception they could overcompensate by blinking too much! Either way, the point here is that “unusual” eye blinking is a strong warning sign. A steady gaze may also be used in an attempt to appear “more honest” and to persuade you that they are telling the truth.

Excessive Finger Pointing
As we all know, pointing our fingers at someone is a sure sign of anger and that’s exactly what a liar is feeling if they suspect that you aren’t buying their story! Anger is one thing, trying to divert the listener’s attention is quite another.

Protecting Vulnerable Areas of the Body
When a person that is being questioned subconsciously touches a part of their body this is proof positive that you have said something that bothers them a great deal. Whether it be their chest, stomach, head or throat; if they cover that part of their body with a hand than something has disturbed them to a great extent. This is often a sign that they are not being honest with you. This is especially true of the mouth area. The simple gesture of covering ones mouth is an indication that the person no longer wishes to speak to you, and why would that be?

http://www.sellcvilleandrvahomes.com/
Posted by Unknown at 12:15 PM