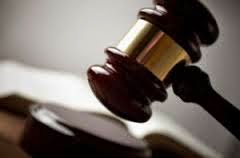 In a nutshell, an “anti-deficiency” law protects homeowners that experience a foreclosure from owing money to the bank even though they no longer own the home. As an example, if you owe $300,000 on a home and it is foreclosed upon because you can no longer afford to pay the mortgage, the bank might sell the home for less than the $300,000 to simply get rid of it. This means that the bank has lost money. If the home sells for only $250,000 than the bank has lost $50,000.

In this case the bank (or other lender) is very likely to sue the homeowner for the $50,000. That’s where the anti-deficiency laws come in. In the states that do have this type of legislation, homeowner’s cannot be sued for the difference between the selling price and what is actually owed. It’s worth knowing that these laws have been designed to protect a person’s primary residence only and does not apply to vacation homes or additional properties. Also, in some of the states that do not have these laws to protect the homeowner the lender can only sue up to the current fair market value of the home and not the original selling price. In other words, even if you had originally bought the home for $400,000, if it is only worth $350,000 on today’s market you cannot be sued based upon the original purchase price but only according to the current value.

The states that allow deficiency judgments will also usually eliminate this type of debt as part of a bankruptcy filing, but not always. As in all court hearings these types of decisions are usually up to the discretion of the court. Another important point to note is that anti-deficiency laws do not typically protect the homeowner from owing the remaining balance for a second mortgage or any type of home equity loan.

As with any legal proceeding there are many other factors that may affect the outcome of your situation if you experience a foreclosure. First, and most importantly, is where you live. At last count 14 states did not allow these types of lawsuits from lenders but there are some states that make a decision on a case by case basis. There are also many variables depending upon what state you live in. In Colorado for example although the lender does have the right to sue the homeowner for the difference the homeowner also has the right to defend against the claim if he/she has reason to believe that the lender failed to bid a fair market price at foreclosure.

As you can see, these types of situations can become very complicated very quickly but the important thing to know is that if you are facing a possible foreclosure in a state that has anti-deficiency laws in effect you may at least have some protection against owing additional money in addition to losing your home. This is one situation that I strongly recommend an attorney regardless of the laws in your area.

http://www.sellcvilleandrvahomes.com/
Posted by Unknown at 2:43 PM