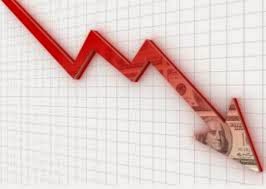 According to RealtyTrac nationwide foreclosures have dropped to their lowest level in over 7 years. Last month there were only a total of 112,498 combined foreclosures, repossessions, auctions and default notices and that is the lowest number since 12/06.

As has often been the case Florida has yet again earned the dubious distinction of being the state with the highest foreclosure activity in the month of February. This equates to 1 in every 372 homes and that’s a very high figure. The top 5 cities for foreclosures included the Palm Bay-Melbourne-Titusville metropolitan statistical area, Tampa, Jacksonville, Miami and Port St. Lucie. Ironically these numbers still reflect a slight improvement in the market as compared to January (a 7% drop in foreclosures) and a considerable reduction of 24% as compared to last year.

Maryland has the 2nd highest foreclosure rate in the country with a very disappointing 15% increase since last year. This equates to 1 in every 557 houses experiencing foreclosure. Furthermore February is the 20th straight month that foreclosure activity has increased in the state. Nevada has experienced the 3rd highest foreclosure related activity in the nation although it is 16% lower than January and an incredible 49% year over year. As odd as it may seem this is actually a huge improvement for the state’s real estate market.

Although 14 states showed an increase in foreclosure starts for the month of February the majority of the country saw a definite (and very encouraging) reduction in foreclosure starts. Only 51,482 properties were subject to the start of the foreclosure process last month and that is the lowest number since December of 2005! That is great news for the real estate market and economy in general. Let’s hope that this upswing in the market continues. As of now all indications are that this is exactly what is going to happen.

http://www.sellcvilleandrvahomes.com/
Posted by Unknown at 1:43 PM