Are hidden cameras in your home against the law? 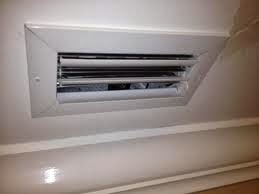 As you probably already know more and more people are installing security cameras in their homes. There was a time that that only the rich could afford this type of protection but today prices have put this technology within the reach of just about every homeowner. But what about hidden cameras that visitors to your home don’t even know are there? Is it possible to face legal issues if you are secretly recording people in your home that have a legal right to be there? Could you face litigation from the baby sitter, the gardener, a family member even a house guest?

In general it is completely legal to monitor and record persons in your home without their consent but there are obvious restrictions. It is not legal to record anyone in your home where they have the right to privacy, namely in a bathroom or bedroom. This may sound silly but it has been done by homeowners in the past and they faced serious legal consequences for their actions. Common sense is the secret to placing security cameras (hidden or otherwise) within your home. It is always best to research the laws in your particular state to be sure of exactly what you can and cannot legally do but generally speaking hidden cameras are not against the law.

The same basic rules can be applied to the outside of your home as well. For the most part it is also legal to record in public places because the courts feel that a person does not have the right to privacy when they are in public places. This means that you are not breaking any laws by recording at the mall, in the local park or even the street in front of your home. Contrary to what most people think it is also perfectly legal to record public officials during the course of their duties and yes, this includes the police. I have seen plenty of “cop shows” where the officer has ordered someone to turn off their camera. The truth is that you can legally record the police in the performance of their duties but even many of them are unclear as to this fact.

It’s extremely important to know that recording audio is not the same as recording only video. Once you begin to listen to what people are saying a completely new set of rules apply. Both federal and state laws require that you have a person’s permission before recording their conversations. More specifically some states require the consent of only 1 person that is involved in the conversation and other states require the consent of everyone involved. To make a long story short it is for the most part not legal to secretly record audio in your home (or anywhere else) but video is an entirely different story.