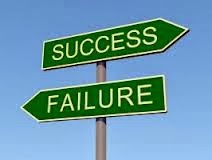 Whether you are in the process of selling your home or just thinking about it you need to know just what it is that attracts today’s home buyers the most. You might be surprised to find out that what you thought was a great selling point may not be as popular as you had hoped.

As you probably already knew the most important feature that almost all home buyers want is energy efficiency. 94% of home shoppers want appliances that are energy star rated and an almost equal 91% want the entire home to have this highly respected rating. 3rd and 4th on the energy saving wish list were energy star rated windows at 89% and ceiling fans at 88%. Considering the high cost of utilities today it’s no surprise that home seekers consider saving money to be the first consideration when they have decided it’s time to invest in that dream home.

Organization was the second most desired feature for home shoppers. At the top of the “get it together” list was a separate laundry room. 93% of buyers surveyed felt this to be extremely important and a full 90% of shoppers insist upon a linen closet in the bathroom for necessities such as toiletries, towels and the like. Oversized garages were also considered quite important as a place not only for the family vehicle but storage as well. I was quite surprised to find out that 86% of those surveyed felt that this was a necessity. Finally, a walk in pantry will get the approval of about 85% of the house hunting persuasion.

I was surprised at some of the statistics involving what people do not want. As an example, 66% do not want to live in a golf course community and 48% prefer a home that is not in a gated community. I was not surprised however that 56% have no desire to live in a highly populated area. Over 50% of people surveyed were not interested in a bathroom with only a shower and no tub and the once somewhat popular outdoor kitchen with all the extras has declined to the point that almost 1/3 of today’s home buyers simply aren’t interested.

http://www.sellcvilleandrvahomes.com/
Posted by Unknown at 12:23 PM