Do You Know What the Safest & Least Expensive Home Available Today Is? 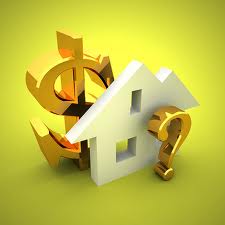 Have you seen any dome homes in your area? They seem to be popping up all around the country and are becoming more popular than ever before. They’ve been around a long time and were first seen in the ancient Middle East over a thousand years ago. Even then they were considered to be structures of the future. Funny how some things never change.

The Romans used dome structures extensively for churches, temples and other institutions but it was the Muslims that brought fame to this unique design during the 16th and 18th centuries.  It was not only used in the architecture of mosques but in virtually every structure they erected during that time period. The dome shape is unequaled in strength even in today’s world and due to modern construction techniques one can erect a home in a matter of days!

Today’s dome homes are still rare and unique but they are definitely “catching on”. Aside from being a real attention getter for home owners they are also the safest design available today. Did you know that the dome, the geodesic dome particularly is the strongest shape known in nature? It’s true and some geodesic domes are capable of withstanding hurricane force winds in excess of 200 mph? Can you imagine a traditionally built home surviving that kind of storm? Now you know why you see so many of these structures in states like Florida.

These amazing structures are also better protected from floods as well. Due to the absence of flat walls and fewer seams than conventional construction there are fewer places for flood waters to enter. In addition may dome home owners use the ground level for storage and parking with the main living areas located in the upper area(s) of the structure. In the event of a flood the occupants are much better protected and the structure is strong enough to withstand most any water event.

As if all of this were not enough to make a dome home an attractive option dome homes require less heating in the winter and less cooling in the summer than traditional homes! It’s all about the shape and unique construction methods. If you’re still not convinced here’s one more amazing fact about these unusual structures! Dome homes occupy 30% less space than the usual “square boxes” we live and work in and that’s pretty impressive. This fact takes on new meaning in severely overcrowded areas such as Japan and certain parts of China.

Now, here’s the best part! Dome homes cost considerably less to build than conventional construction methods! The difference is both in the materials required and the labor costs. Depending on the type of dome construction you choose many of these homes can be erected in days, not months and that makes a BIG difference in the bottom line.

So what do the owners of these 21st century structures say about their slightly “unusual” homes? Most of them agree that they would never go back to a traditional style home again. They love the open space and unique qualities of their space age abode and are glad they made the switch. Who knows? Maybe 1 day you’ll find yourself in your very own dome home. If so I hope to see you aROUND.